5 Ways To Not Annoy Your Bartender 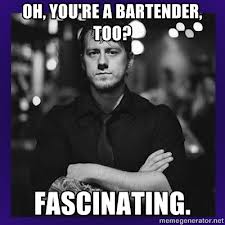 I haven't been a full-time bartender for a couple of years, but occasionally I will work a private party or banquet event, and they will throw me behind the bar.  Getting back up on that bike was fine after pouring the first couple of drinks, but I found that even though bartending has evolved into mixology--consisting of muddling fresh herbs and exotic fruits and herbaceous bitters--the one thing that hasn't evolved is how people act while waiting to order a drink.

The other night I was bartending a party sponsored by "Svedka" vodka, "Peroni" beer, and "Hint" water.  Those items were being hosted while the rest of the items at my bar were not hosted.  Meaning, the vodka and beer and water were all free, the rest was not.  And what that usually means for a bartender is that most people go for the free loot, and bypass the tip.

Most of the conversations at the bar went like this:

"I'll get a Jack and Coke," said one thirsty moocher.

"Just to let you know, the Svedka and Peroni and Hint water are hosted, the Jack and Coke is non-hosted," I replied... repeatedly.

The party was sponsored by Svedka because they were introducing their new line of flavored vodkas.  That night we were pouring the "Strawberry Colada," and the "Orange Creamsicle," as well as plain Svedka.

"I've been waiting," one person decided to tell me when she got to the front of my line.

"Sorry about that.  What can I get for you."

"What's your special drink?" she asked.

"The special drink we are making tonight is an 'Orange Dreamsicle,'" I reluctantly said.

"I'll have one," they replied.

One guy thought he was going to play some sort of mind trick on me.  "I'll have a Jim Beam and Soda," he demanded.  I gave him the story about the non-hosted and hosted drinks.  He said, "How much is the Jim Beam and Soda?"

"Well, then I hope you like vodka," I stated back.  Who the hell pays less then 12 dollars for a drink in Hollywood?

The worst part was at the end.  Don't get me wrong, we did make some money at the bar, but not as much as we would have liked to considering all that we just put up with.  But it always is the worst when you close.  Because that's when people think that they own you.

"I'll have a Peroni," one last drunk asked.

"Sorry, but we're closed," I said.  And we were.  I had a cart next to where my bar USED TO be and had all of the beer packed away in the original boxes.

"But can't I just take one from the box?" he pleaded.

"No.  We've already counted all of those, and have to turn that amount back in."

"I tipped everytime I came up here," he defended.

Somehow, that made it okay for him to continue to drink the FREE beer.  So I just said, "I can't give you those beers, but I could give you your tips back."

He scoffed and walked away.  This was actually the same guy who told me that he used to be a bartender.  You don't have to tell me you've worked in the service industry, it should just come across through your actions.  So here's a list to get you better service from your bartender. 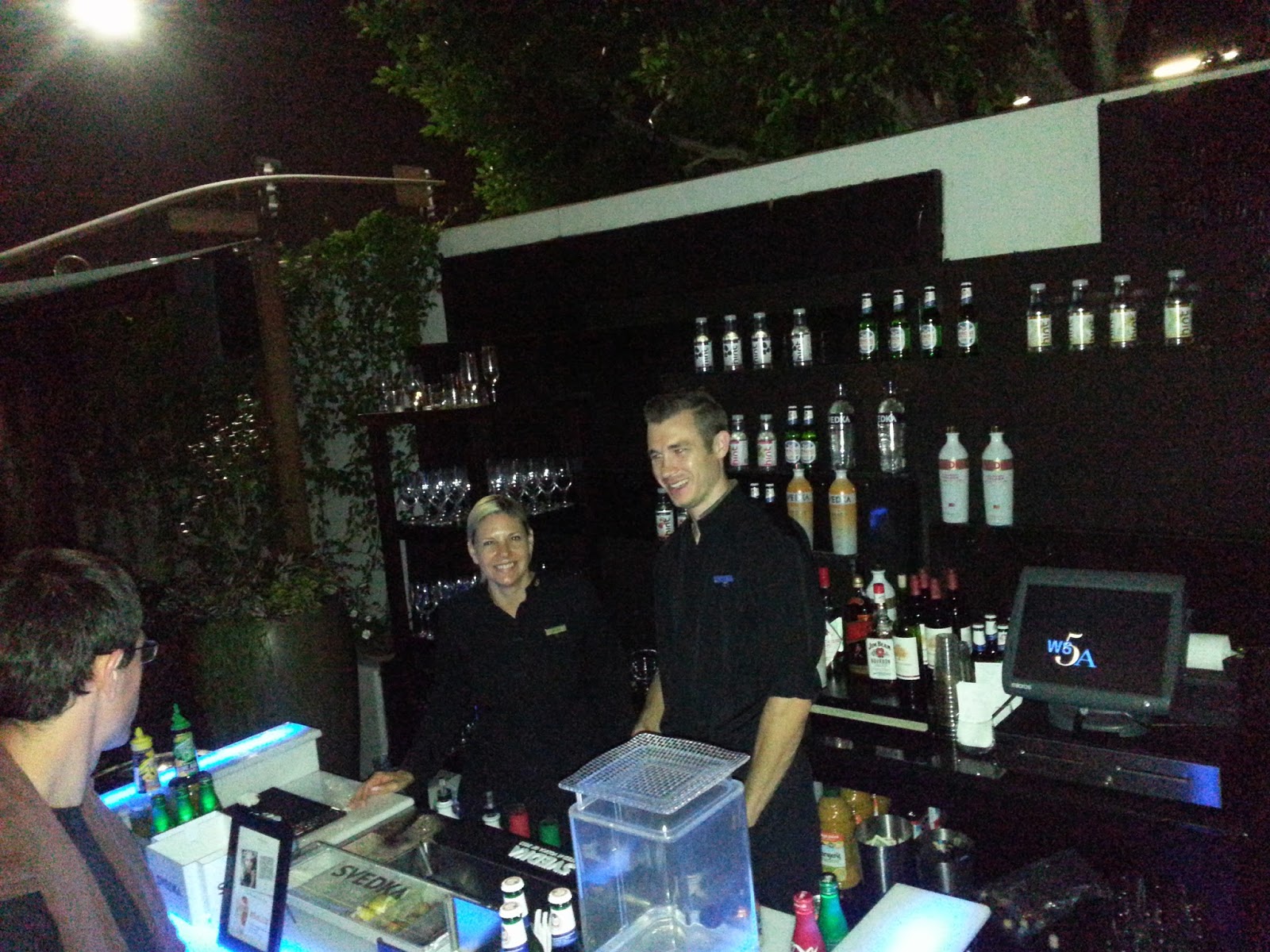 5 WAYS TO NOT ANNOY YOUR BARTENDER

5. Don't walk to the side of the line and say, "I just want a beer."  Just because it's easier for me to grab doesn't mean it's easier for me to serve you.  Besides, there's a line you A-Hole.
4. Know what you want by the time I acknowledge you.  You just spent all of that time waiting, and you still don't know what you want?  "NO SOUP FOR YOU!"
3. Give me your whole order at the same time.  It's easier to make your whole order then to make one drink and then have you add other orders to it.
2. Don't say, "what can you make with vodka?"  Must bartenders nowadays can make over 300 drinks with vodka alone.  Sweet.  Sour.  Strong.  Fruity.  Take your pick.  What is this?  Your first time drinking?!
1. Tip big after your first drink.  Your bartender will remember that.  At the above party, one girl tipped me 20 bucks for her first beer.  The line did not exist for her anymore that night.