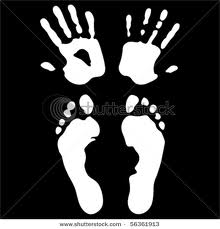 One time I was serving a table of five, and everybody had order an appetizer and an entree.  But one person in the party had ordered a salad in addition to his appetizer.  I asked him when he wanted to have his salad served, and he told me to bring it before everyone got their appetizer.  So that's what I did.  Next thing I know, I'm getting pulled aside by the guy who is host of the group.

"Why did you only bring out the salad and nobody else's food?"  He demanded.

"Your friend had asked that I bring his salad first so he could get it out of the way, since he ordered more food than everybody else," I pleaded.

"You should bring all of the food, and then then we all can eat at the same time.  I don't know why you thought you had the right idea," he snorted.

Probably because I do this job for a living... unfortunately.  But I politely replied, "You wanted your friend to have two plates of food in front of him?  There's not that much room on the table.  And it would make your friend feel like a pig."

"Okay.  Well, next time then.  By the way, you never brought me my glass of ice."

"I apologize, I didn't know you had asked for one."

"I didn't.  That's what makes a good waiter.  You just know."  And he vanished back to his table.

Lou Santini said…
I await your column/blog/podcast from prison, because I would kill these motherfuckers.
October 15, 2012 at 3:12 PM