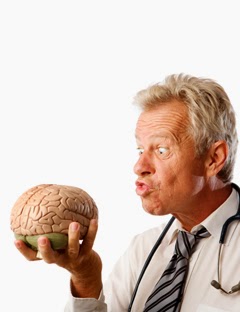 Nowadays, the checks presented to you in restaurants are pretty self-explanatory.  You see what you ate, drank, what each item costs, and a count of how many of them you had.  Some checks even break down taxes for you, both food tax and beverage tax.  The tax thing is not so necessary in my opinion; I find it adds more confusion to the table than necessary.  But technology has provided this for you, the customer.

I had a customer recently, he was hosting a dinner for five of his co-horts.  It's important to mention that this guy, Kenneth, is a doctor.  They had multiple courses, wine, and after dinner libations.  In short, a successful table for me, and everybody had a great time.  Then I present the bill, and Dr. Kenneth says right away that me and him are going to "go over" the bill.  I comply.

"Why are there two tax charges on the bill?" he asks.

"It's broken down into food tax and beverage tax," I answer.

"This check is pretty expensive.  Did we have that much?"

I actually paused and stared at him when he asked this.  Have I mentioned that this guy is a doctor?  I could see if it was just two people and they only had one course and a drink, that should raise some red flags, but a six top?  Do people NOT remember what the hell they ate?  So I finally replied, "yes sir.  You ordered a lot of stuff, and consumed it all."

Then he asked about the lamb special that he and another one of his guests ate.  Specials are usually rung up a certain way on checks, and are called "open food."  That just means that we normally don't serve this special--hence the word "special"--so we don't have a specific button for it on the computer.  We just ring in what it is, and the price.  On your check, it would look like this,

Sure enough, Kenneth asks, "what's the open food and the lamb?"

I explain it to him.  He seems content, pays and leaves happy.

What do you fricking know.  When I got to work the next day, I find out that Dr. Kenneth had called twice to ask why he was charged so many times for the lamb and what the hell this "open food" thing was.  If Dr. Kenneth is like this with a restaurant bill, I would hate to see him try to break down a blood test for one of his patients.

"So we got your lab results back and there are a bunch of numbers and stuff.  Let's see... blood type: A positive.  Don't know why there would be a letter A."

Before my co-worker and I were even done setting up for dinner, Dr. Kenneth walks into the restaurant, sees me and comes over.

"I was going over my bill and was getting a bit angry over the charges.  Can you explain the open food charge?" he demands.

"Well, two people had the lamb special last night, so the open food charge is for that.  Specials don't have a button on the computer.  We have to type it in manually."

"That's correct.  But for both of those lines, there is only one charge for the special," I answered.  A bit annoyed, but I answered him... again!

"I see.  Thanks for letting me know.  I was POTENTIALLY UPSET," Kenneth admits.

I didn't know emotions had potential.  That must have been what my high school teachers meant when they told me I wasn't living up to my full POTENTIAL.

"I glad I could POTENTIALLY explain things to you."

Unknown said…
Great site! Hi, I'm trying to find an email address to contact you on. Thanks and have a great day!