I've Got (No) Personality 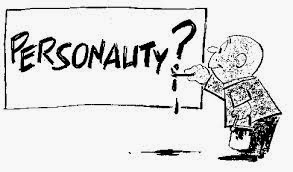 They say that a great personality makes a great server.  Somehow I've managed making it 15 years in the service industry, making a living, while continuing to build my comedy career, and still not have a personality.

I take customer's orders correctly.  Recommend wines, alcohol.  Make tables laugh.  I have settled arguments, and helped with celebrations.  I've waited on people who were visiting from all over this great country, and interpreted hand signals from international guests from places like Asia, all with decorum and best of all--without killing anybody!

I work at two establishments right now.  One has been my "bread and butter" for a couple of years, and the other place is newer and that means it's an opportunity to make better money.  Well, just because it's new doesn't always make it better.  I recently discovered that my lack of shifts at the newer place was not a matter of my work ethic, or experience, but rather because the two owners think that I don't have any personality.

Hang on, let me say that again... that I (Joey Rockenstein) don't have any personality.

That is a pretty harsh comment to say about someone.  And the fact of the matter is that maybe it's not that I don't have any personality, but that the two of them are contagious, and their lack of personalities has rubbed off on me.

But who am I to judge?