I Fart Therefore I Am 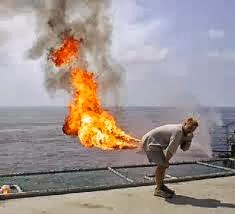 It's truly is the little things about this job that really bring an innocent smile to my face.  Like crop dusting (farting) at work.  The best happened one night, during my last shift, while managing a small bar called Cafe Muse.

Cafe Muse was a beer and wine bar located on the corner of Olympic Blvd. and Sawtelle Ave. in West Los Angeles.  The place was owned by a Persian family, and the clientele was primarily Asian.  So you can see that I fit right in with the place.

When I first started working there, I noticed that there was a lot of underage drinking going on.  I told all the servers and my boss, Alan, to card people no matter how old they looked.  It's better to risk feeling embarrassed about asking for an I.D., then to get caught by the Alcoholic Beverage Control, get fined, and jeopardize the business losing their beer and wine license.  Sure enough, on a night I was gone, ABC sent in some undercover agents, one of the servers didn't ask for an I.D., and he ended up serving a minor.

I'm back at work and Alan tells me what happened, but I got a sense that he was kind of blaming me for them getting busted.  At least they still could sell beer and wine.  The only thing that Alan did differently was finally hire a door guy to check I.D.'s before they came in.  Which, when I think about it now, it's a restaurant.  Anybody, any age can come through the door.  If they're underage, they just can't order booze.

Cut to a couple of weeks later.  It was a busy night.  I had done last call and was trying to close up while also trying to get customers to finish their drinks and get the hell out.  The door guy proved that he was worth the money by doing nothing but stand at the door.  Hence, the "door guy."  (Lou, I said "hence.")

Out of nowhere, Alan emerges.  He must have transformed from being a bat.  He comes behind the bar and scolds me for people still drinking past 2am.

"I've been watching you for the past 15 minutes.  I can't have people drinking past 2.  The cops have been on my ass!" He yelled.

First of all, I'm creeped out that he was watching me.  Second, why the hell didn't he help me and the other servers?!!  But it didn't end there.

"It's not my fault the cops have been on you," I said.

Suddenly, it was as if I had been holding an AK-47 assault rifle in-between my butt cheeks, and it was jammed for awhile, but finally freed it up by hearing those words.  I couldn't control the blasts the were coming from my ass.  After I had heard "you're fired," I unloaded countless rounds of farts.  And my favorite part, I didn't move away from Alan, nor did he step away from me during my hail of flatulence.  He was somehow completely oblivious. 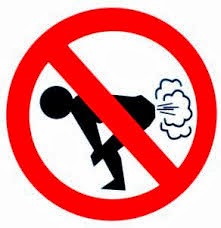 I handed him the keys to the place.  "Here you go."  All while still uncontrollably farting.

I've never smiled so much while being fired.