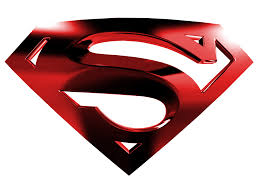 I've never understood why "older" people always think that the music is too loud, but yet, they always yell "WHAT!" whenever I am talking to them face-to-face.  It must be a case of very selective hearing, or a matter of habit.  But nonetheless, it is humorous whenever it happens.  I find most of the antics that "older" people do are funny, and unfiltered.  And yes, I am putting this demographic in quotes because I don't want to just say old people, or worse yet, old bags, and piss off a good portion of my readers.

On a recent shift, my section was filled with an "older" clientele.  It reminded me when I used to work at The Gardens on Glendon in Westwood, CA.  The owners, Marilyn and Harry Lewis, used to own all of the Hamburger Hamlet around Los Angeles.  The Gardens (former Hamlet Gardens) was their fine dining experience.  That was back in the day.  But by the time I started working there, it had become a mess hall at a convalescent home.


So like I said, I was busy running J&B scotch on the rocks, and Dubonnets to my four tops.  I had one table on the end of my section that was still open.  The lead hostess at my work made sure to seat that table as quickly as possible to ensure that I stayed "weeded" throughout my entire shift.  That was protocol.

Three "older" people were sat at that table.  An "older" couple with their third wheel "older" friend.  This table was the oldest of my section.  But I have a way with this clientele.  I think they see me as some type of grandson that they can boss around for a couple of hours without giving me any birthday money.  Right away, the third wheel asks me,

"Is this the quietest section you have?"

"The noise level is pretty equal throughout the entire restaurant," I replied.

Then he motioned to the couples seating next to them.  "They are talking loud."

"Well I'll put a stop to that," I said.  Just to acknowledge that I had heard what he said.  What the hell was I supposed to do.  Make an announcement:

"MAY I HAVE YOUR ATTENTION.  DO TO RECENT COMPLAINTS OF LOUD TALKING, WOULD EVERYONE PLEASE STOP HAVING SUCH A GOOD TIME!!!  THANK YOU."

Somehow, I managed to make sure everybody had a good time that night.  Or so I thought.  Here's where the "older" guy got one in on me.  Everybody was done.  My two four tops had already paid their checks, and were just finishing up their coffees and conversations.  Next thing I know, the third wheel from my last table turns to the four top and starts talking to them.  I just figured that he may have known them.  But the lady from the four top looks at me with a look of "can you f#$king believe this guy?"  I quickly go over to her and she says that the third wheel told them that they are talking too loud and should keep it down.  That's when I noticed that her husband sitting across from her was in a heated argument with the third wheel.  She calmed her husband down, and they left in a huff.  I'm just glad that I already got their tip before this happened or this blog post would've had a completely different premise.

The three top was my last table.  I picked up their signed check and the third wheel says,

"I couldn't hear the conversation at my own table because those couples were talking so loud!  So I told them to keep it down.  You should have done that," he protested.

"It must be a burden with that super hearing.  I'm surprised you were able to sit still when the fire trucks screamed by.  By the way, I love your son's new movie-- Man of Steel."

Kryptonians are so demanding!

Anonymous said…
The worst is when they always ask to turn down the music or air. Noooooooooo!!!! What if someone else get's hot or likes the music volume...selfish!!!
July 6, 2013 at 2:16 AM