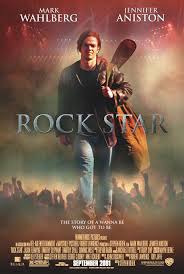 I have many stories of waiting on celebrities.  This one happened back in 2001.  I was bartending at the Beverly Hills Hotel and Bungalows.


I have served them all.  I have attended some of the best celebrity-studded parties not because I was invited to them, but because I was clocked in.  Some celebrities treat the wait staff horribly, while others seem to give you a chance.  This time it happened at Ozzy Osbourne’s birthday party.  It was his fiftieth, (I believe,) and was set in The Crystal Ballroom at The Beverly Hills Hotel.

This ballroom is beyond big.  It has a huge staircase that winds down into a giant lobby area with a main oak-half-horseshoe bar.  The place was covered from corner to corner with glass-cross coffins all lined with candles.  I mean, if you are one of the biggest rockers in the world, that apparently is the decoration of choice.  And it worked!

Everybody was at this party.  Rockstars, actors, wannabes, you name it.  Rob Zombie was hanging out at my bar for most of the night, drinking champagne of all things.  Rob Thomas, (again,) and Mark Wahlberg.  This was the year when the movie “Rockstar” came out.  Mark was still shooting the film because he was still wearing his long hair and torn jeans.  I had no idea that he was a “method” actor.  He was hanging out with his entourage, (before the show “Entourage,”) and my manager asked me to go over and ask him if he wanted anything to drink.  My bar was only two feet away from Mark, but what else was I doing?

I was wearing my banquet bartender uniform.  Black slacks, white button down shift, black bow tie, and white jacket.  I looked like a bartender.  I approach Mark and his friends and asked if I could get them anything to drink.  He didn’t even seem interested in a drink.  In fact, I didn’t even start the conversation with him.  He started the conversation.

“Hi.  Good.  Great party.  You can never have enough crosses,” I answered.

“I think you’re right,” Mark replied.  As if we had some kind of rapport between us.

I was about to get to the part about asking him if he wanted something to drink, when all-of-a-sudden this girl comes out of nowhere, gets in-between me and Mark, and very barks towards me, “He’s just here to take your drink order!”

“Yes, I am.  That’s why I’m wearing this uniform,” I said.  Why is it always the wannabe assistants who mess everything up.  Especially this.  Mark and I were meant to be friends, and now I was just another bartender to him.

Lesson learned:  Bartenders stay behind the bar for a reason.  For protection and to remain the most important person in the room.  Once outside of the bar, you lose your power.