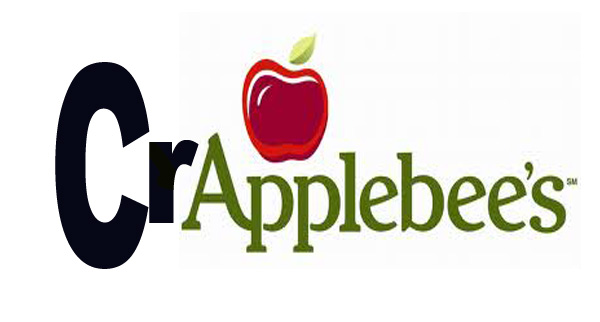 CrApplebee's is at it again.  Only this time, they want it to be known that they support gay bashing and discrimination as opposed to supporting their own employees.  You guys remember my previous post on this (dare I say) restaurant chain a few months back, (CLICK HERE,) where the now infamous Pastor, Alois Bell, caused an employee to lose their serving job because she refused to pay the automatic gratuity; well now Crapplebee's has bigger fish to fry since one of their employees in Rice Lake was the victim of assault and battery, and discrimination.

A long and drawn out article, but the point is that Applebee's works by their own set of beliefs, which is "you work here at your own risk," cause they don't care about you, their employee.  And even though the incident happened outside of work, it still poured over into the workplace which in turn Applebee's did nothing to help their own reputation or their employee's cause.

Perhaps Applebee's should ask the Pastor Alois Bell to pray for them, because they can't seem to get out of the spotlight of bad press.  Which in turn might be a good thing for them, considering what would be good press for Applebee's?  Their food?