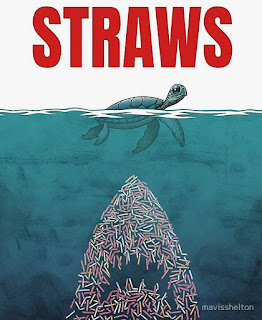 Straws have become the new enemy of environmentalists and turtles.  Apparently, turtles have huge cocaine habits and we have been enabling them with our use of plastic straws.  They have been killing themselves using straws to get their fix.  Luckily the ones that didn't die from the straws stabbing their brains, managed to live a bit longer to tell their tales.  They admitted to having a problem and told their stories at the local CA (Cocaine Anonymus) meeting Wednesday nights in Beverly Hills.

But the damn straw controversy has got to stop.

Now the solution for restaurants has been to use paper straws.  But that brings on a NEW set of problems... soggy straws that don't SUCK up the liquid.  How have they been getting in the hands, or stumps, of the turtles anyway?!?  It seems like the turtles are victims of a mob hit.  People are paying hitmen to give straws to these innocent turtles.

I say this with a hint of sarcasm because a lady and her family who were sat in my section the other night.  Al Gore did a documentary a few years back called "An Inconvenient Truth" about the effects of global warming.  The sequel would be "An Inconvenient Straw," starring this woman, and her quest to rid the world of plastic straws, and her dietary restrictions. 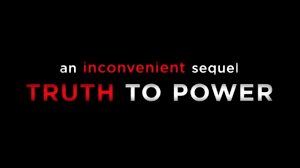 I took her drink order and when I brought drinks to a table, drinks that normally require straws, I was IMMEDIATELY reprimanded by this woman who claimed that “straws are ruining the environment” and I should consider not serving them with drinks.

“I bring my own straws,” claimed the woman. Who, by-the-way, looked as if she hadn’t brushed her hair in years. I’m all for doing what I can for the environment, but I’m pretty sure hair brushing isn’t going to affect the Earth’s core temperature.

Then she began to dig through her purse and pull out different versions of straws. She had bamboo straws, wooden straws, a used plastic straw that she told me she had been reusing for the past couple of weeks–EW!, and a metal straw. She chose to use her metal straw which she took out from it’s PLASTIC case, and placed it in her Iced-T. Math was never my strongest subject, but I do know that when you add a negative with a positive, you get a hypocrite.

She had at least 8 different kinds of straws before she pulled out the metal one, and I’m thinking, the metal straw trumps all of the other ones. AND, why the hell does a METAL straw need a case? And a plastic case for that matter.  A metal straw inherently protects itself.

What made this tree-hugging woman even more enjoyable was her dietary restrictions.

“I’m very sensitive to all spices. And I’m allergic to garlic and onions. And if I get the Salmon, I don’t want it seared but cooked through. But tell them not to make it dry. Just not underdone.

This is what it’s like to wait on Dr. Seuss.

“I can’t believe that you’re STILL using a straw!” she blurted out to her husband.  After all of the documentaries we've watched and literature I've sent you."

“I'm still digesting all of the information.  And I don't like to drink from the glass.” he defended as he sipped his drink from a straw.

I know opposites attract, but this couple couldn't be on complete opposite camps, yet somehow, they married and procreated.

And speaking of the son, he just sat there, staring at his drink with the straw.  Probably thinking of ways to turn his straw into a weapon and stab his parents.

Lou Santini said…
Best column yet. I talk about plastic straws in my act and here's a fun fact: in the UK, McDonald's is banning paper straws after trying them and they failed because, "plastic straws are recyclable, whereas the paper ones turn to mush and clog the sewer systems". Take that, beliefs!
December 13, 2019 at 8:12 AM