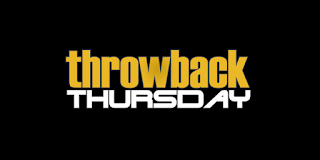 It's like quicksand.  Meaning, that the more I struggle to get out of the restaurant industry, the more I sink into to it.  At this moment, I can't even get fired from my current gig, and I'm not even knocking on wood.

Summer can be a lonely time for those of us that work far from the beach.  As I write this, any server working in a Santa Monica restaurant has made at least $200.00 for a lunch shift.  And if you didn't, you probably still made more than I did on my night shifts.

I have almost come full circle at my current restaurant.  I helped open the place 9 years ago, and it was the busiest and most profitable gig I have had to date.  It wasn't perfect, but at least I knew that all I had to do was make it to the end of the shift, and I would somehow see the light.  And that light being at least $300.00.  Nowadays the light is very dim.  But the new light at the end of the tunnel is a complete renovation of the space.  That's right.  Soon I'll be opening another restaurant, in the same spot that I currently work at.  Yes, even my head is spinning.  But like they say, when one door closes and you can't open it, it's because a manager has the key, and you can't find them.

All of this does however give me ample time to work on all of my impressions of my managers and co-workers.  And I must say that they have become quite good.  Maybe I should start doing impressions in my comedy act?  If only strangers would know who the hell I'm talking about...

I remember one time, years ago, the restaurant manager wrote me up for pointing at him during a busy dinner shift.  I had to put in orders for three tables, and he wanted me to go and greet a new table that just got sat.  Yes, I know that he should have just gone over and greeted them, but he's a manager... remember.  He just kept telling me to go over to the table, so finally I got frustrated and just pointed at him.  I didn't say anything.  I just pointed.  The next day, he sat me down in the office with the assistant manager, and they went over the write up with me.  He wrote my name 17 times in the actual write up.  17 TIMES!  "Joey did this.  Joey acted this way.  Joey grew increasingly frustrated.  Joey.  Joey.  Joey."  WTF?  The fact that my name is at the top of the form, inside the box that says, "name of employee," should have sufficed.

Another time, I was waiting on a guest who was sitting outside on the patio.  She was joined by two friends.  She didn't want to see a menu, she just wanted me to order things for them.  When they finished the first course, I went to clear the dirty plates.  She stopped me and demanded that I go get them another bottle of wine.  As I turned to walk away, she stopped me again to say that she wanted more shrimp, and she asked for the bottle of wine again.  As I turned to walk away again, she stopped me and began to stack the dirty plates that I had left because she had demanded more wine, and barked at me to take the plates away.  As I had the plates in my hands, she pushes my arm away and tells me to get them another bottle of wine.  Somehow, I forgot that I was clocked in and said,

"Don't fucking touch me!"  And I stormed back into the restaurant and told my manager that I wasn't waiting on her anymore, but I was still getting the tip.

I think I understand why Danny Glover's character in Lethal Weapon kept saying, "I'm getting too old for this shit."