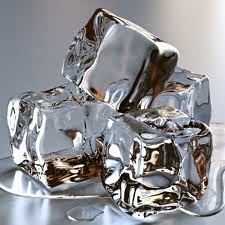 I survived another Halloween shift at work but not without my fair share of comments from peeps trying to get the most alcohol for their buck.

I get it.  It's Halloween and people want to drink and get crazy.  I stepped away from the serving scene for the night, dusted off my bar tools, and got back behind the bar for a night of freaks, sluts, and bingers.  And that was just the employees.  (Rim shot!)

For some reason, people have this belief that too much ice is damaging to their drink.  As a bartender, when you make a cocktail, you start out by filling the glass to the top with ice.  The reason for that is to ensure that the alcohol stays at the proper temperature.  Most bars nowadays have the type of ice that doesn't melt as easily as ice that looks like it's "wet."  It's the ice that is not clear.  Cocktails that are made by not filling the glass full of ice will be diluted, because the amount of alcohol causes the ice to melt.  But more ice just keeps the alcohol cool... as ice.  Here is an interesting alcohol about ice.

So people kept asking me to dump out some of the ice.  My initial response is, "Haven't you watched Bar Rescue?"  Most looked at me weird and just beg for their drink.  But I even took the time to prove the theory by making two drinks side-by-side.  The one with less ice melted.  The one with full ice didn't melt and looked better.  But who am I to be right?

"I can't taste any alcohol in this.  Can you put some more alcohol in my drink?"

My answer is always, "NO!"  Yes, there is alcohol in the drink.  And just because there's less ice doesn't mean that I'm going to make up for it with more alcohol.  For most of the people at the party that night, the reason why you couldn't taste the alcohol was because you were high on cocaine.

My favorite part of that night was when this short man came up to my bar.  He was dressed as an astronaut.  My ice bin was directly behind the counter ledge of my portable bar.  This guy had a lit cigarette and he kept waving it over my ice.  So I had to follow his cigarette around with my ice scoop like that scene from "16 Candles."  ..."Viola!  Breakfast is served."

Sure enough, he drops his cigarette in my ice.  I immediately grab it and throw it down on the ground.  Then this little man flips out.

"Your cigarette was in my ice," I told him.

Then without missing a beat, everybody else in line pushed him aside and said, "I'll tip you."

Step aside little astronaut.  And no, you're not getting more alcohol or less ice.