I'll have the special and have you seen my kid? 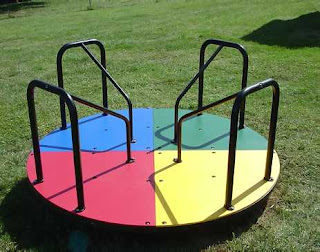 The same is not true for restaurants.  You are seated by a host, handed menus, and you are waited on by a server.  When the hell did it become a good idea to let your two year old run around a restaurant, bothering other customers, and having waiters avoid running into them like a game of "Frogger?"

"He'll calm down after he tires himself out."  Said the mom to me after I almost, (I said, almost,) stabbed her kid with a steak knife that I was bringing to another table.

"If you need to tire him out, he can bus Table 23 for me, and take the drink order for the couple on the patio."  In other words, get your kid the f@*k out of the way.  Your child may be cute, but he won't be cute after he's been run over and step on by servers, food runners, and drunk customers who unfortunately didn't see him because he was chasing after his ball the you threw for him.

I like kids, but a restaurant is an opportunity to teach them how to behave in public.  And if they don't behave, as Tom Leykis would say, "Get your God damn kids out of the restaurant.  Drinks are on me."