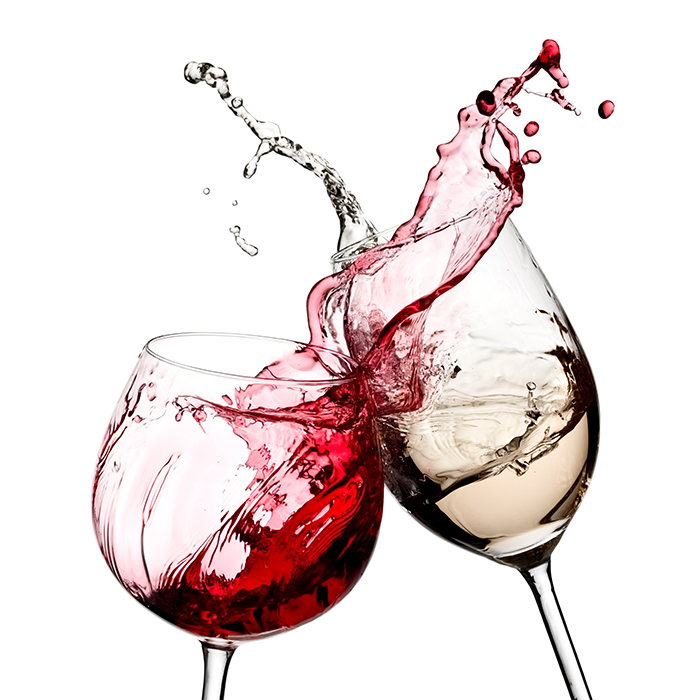 Do you know the difference between red and white wine?

In case you don't, let me help you.  Red wine is RED.  White wine is WHITE.  Doesn't that sound simple?  I thought it did.  However, the customers that I had the other night did not agree.

They ordered a bottle of Pinot Noir.  That is a red wine.  The fact that the word "Noir" is in the name of the varietal should tip people off that that the wine is going to be a darker color.  I did my usual schtick of presenting the wine to make sure it was the right one that they ordered, including pouring out a taste, and so on and so forth.  They both agreed the wine was good and correct and when I left the table, the man and woman BOTH had a glass of red wine in their wine glasses.  I repeat, the color of wine in their glasses was the color RED.

Later I went back to the table to check on everything and they say that the wine wasn't the one that they had ordered.  They said that they ordered a bottle of white wine.

I don't throw the word "stupid" around very often, but these two dingbats have got to be two of biggest morons I've ever had sit in my section.  Where do I begin?

First off, the color of the wine should've been a red flag.  You said you ordered white, but the wine that I poured out was red.  And it also says what type of wine it is on the bottle.  In this case, it said Pinot Noir.  That's a red wine, folks!

And did you notice how I didn't put the bottle on ice after I poured the two glasses.  That's because you don't put red wine on ice.  Although I have had guests request that a couple of times, but typically, you don't keep red wine chilled.  White wine on the other hand always likes to chill out.  Which is exactly what I needed these guests to do:  CHILL OUT!

Somehow this turned out to be my fault, saying that I didn't listen to what they wanted, but on the third day Jesus rose from the dead and they were upset about that because they're Jewish.

The good news is that my manager still made them pay for the wine because of the obvious.

The bad news is that they didn't tip me.  That's okay because I got their license plate number and reported them to the cops for drunk driving... or did I?

Cinderella K said…
Most patrons offer decent tip to their servers; they know that one can't pay their rent with compliments. Servers in turn need to make sure these are people they like and feel good about. My brother is an intern with a Los Angeles DUI lawyer. Let me know if you need any help with drunk patrons.
April 17, 2015 at 2:32 AM

Bitter. Party of 1 said…
Thanks for the help. I'll let you know about any drunk patrons who give me problems. I appreciate you reaching out.
April 20, 2015 at 11:32 PM