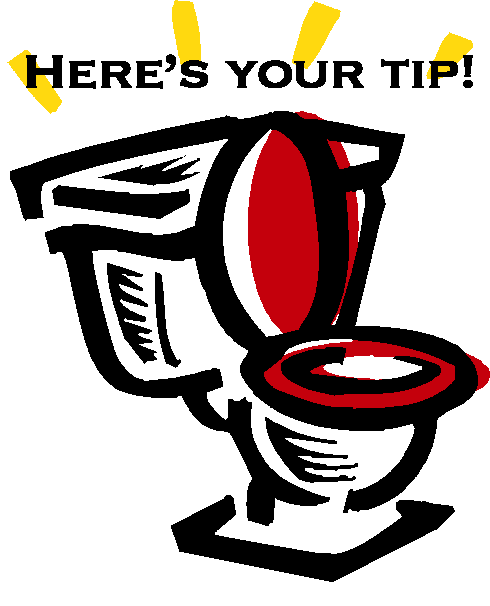 I've gotten some bad tips in my day, but I think what this server got in Indiana takes the cake... A poop cake.  According to the NY Daily News, a server in Indiana found that some of the bills left in the check presenter were covered in "fecal matter."  They started off this article right by saying,

Now it's both figuratively AND literally.  We can't just get a bad tip and leave it at that?  I already know that the majority of the money in circulation already has traces of cocaine and bodily matter on it, but to purposefully add even more to it?  This dilweed went to take a dump and wiped his ass with a couple of one-dollar bills.  The article says that the individual was charged with, "battery using bodily waste."  That will be a fun thing to write on all of his future job applications.


JOB INTERVIEWER:  "Can you explain being arrested?"

IDIOT:  "Uh... The bathroom didn't have any toilet paper?"

JOB INTERVIEWER:  "Get out!"

This poor server is going to be scarred for life.  She won't even be able to get a bad tip anymore without thinking that it's "really shitty."  And, of course, the girl is out part of her tip.  I think the punishment for this guy should be for him to have to clean the money he soiled with his tongue.  If you agree, comment below in the comments section.