The British and Australian Conflict 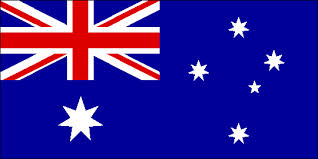 The should be more books written about how to get free stuff.  If there were, they would probably be written by a lot of the customers that I have served.  This is not a new subject for me to write about, but it keeps happening to me, and in different ways.

Most recently, I was serving (what I thought was) a fun four top.  Two couples that were either from the U.K. or from "Down Under."  Sorry, but sometimes it does get tough to distinguish the two accents.  The only thing that really makes me tell them apart is that British people tend to be overly polite, and Aussie's tend to be overly friendly.  But in the end, both cultures tend to be overly bad tippers.

However, I wasn't focused on the outcome of the situation, but rather on making sure all of my tables were having a good time, and if necessary, overtly telling them that GRATUITY IS NOT INCLUDED.  But at this point in the service, everything was great.  The couples were enjoying themselves, drinking some wine, and showing no signs of discontent.

I had other tables as well as my four top of alleged Brits/Aussies.  Not a complaint in the house.  My foreign-four-top finishes their entrees, doesn't want dessert, so I finish pouring off their wine, and let them know to not feel rushed and enjoy the rest of their wine.  They loved that.  At this point, I briefly excused myself to go use the bathroom.  Upon my return, my co-worker had dropped their check, I saw that they were signing it to their hotel room, and everything appeared to be fine.  So, like I stated before, it appeared like it was a successful night.  These types of nights are usually good for my wallet, and my temperament, but bad for my blogging.  (Like you guys want me to write about something good...)

I end up getting a bit busy with some new tables, until I see my manager with the check from my foreign-four-top at the computer.

"What are you doing with that?  Did they not tip me?" I asked.  Sometimes management will be able to work some magic to get their servers some kind of compensation.

"They complained that the noise from the party next door ruined their eventing," my manager stated.  "Our hotel manager overhead this, stepped in, and decided to comp their entire meal to make them happy."

"You didn't do anything wrong.  They felt the noise and the amount of people here ruined their night," he said.

No one else cared about any noise except this table.  And they would have rather dined at an unsuccessful, slow restaurant, then one that is alive.  But who am I to complain about them, they just showed how to get a free meal... and an expensive one at that.  Oh, and they succeeded in not tipping me.