To Tip or Not to Tip? 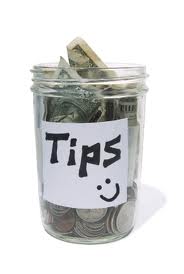 I came across an interesting discussion on The Huffington Post about tipping.  Now it has become some sort of class war?  I'm interested in hearing your opinions about service and tipping.  Here's the link.