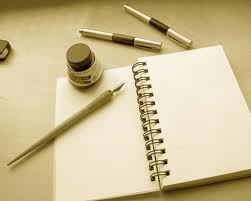 People have been asking me when I am going to write a book about my career in the service industry, well, it is in the works.  I wanted to share an excerpt to give an idea of what to expect.  Actually, you guys already know what to expect... Bitterness, sarcasm, and stories you won't believe.  Here you go...

As Stacie passes by me to let me know that she sat the four top, she says the one thing to me that lets a server know that it’s not going to be an easy table, “Good luck with them.”  Meaning her first impression of the table was either rude, or demanding, or in no way shape or form are these people going to have a good time no matter how much charm I turn on.  So here I go…

“Good evening everyone.  Welcome.  Can I start anyone out with a nice martini, or glass of wine?  Perhaps water first?  We have Pellegrino and Fiji.”  No response.  Just blank stares at the menu, and then at me.  Then the leader of the group finally looked up and said,

Then I was the one with the blank stare.  Not saying that I have any kind of problem with foreigners, but a language barrier does present a problem when it comes to getting orders right and having people enjoy themselves and not wanting to start some sort of US/ French controversy.  What’s important here is that I happen to be very good at the art of communicating through the art of charades.  I’m not talking about going through the whole “One word, two syllables” route, but in broad strokes, I can hold my own with people who don’t understand English.

“No.  I don’t speak French, but I can find someone who does if that would make you feel more comfortable.”  This is my sly approach to actually having my customers think that I care enough about them to make them want to stay, but it also puts the thought in their heads that they may be better off eating somewhere else.

“It’s fine.  I can speak a little bit of English.”  The same man said, but with a bit of a “I can’t believe this place” attitude.

“Perfect sir.  I happen to speak a little bit of English myself.”  He laughed and explained the joke to his group.  They laughed as well.  I can make even foreigners laugh!  (And my name is not on the side of The Comedy Store.  It baffles even me!)

“We want four Filet Mignon.  Rare.  And wine.  I guess something Californian.”  I could already knew a couple of things were going to happen.  1. French people love to order red meat.  And even better, they like it bloody rare.  We are Carnivores, after all.  And, 2. he was going to have some wise crack about California wines versus French.  That French wines are more sophisticated, elegant, and are just better than our watered down Napa Valley.  Who am I to argue?  I don’t even drink wine.  “Since we are not in France, I guess we will have to go with a Pinot Noir that you think we will like.”  The man said.

“I can handle that.  Of course, it will be hard to match the grapes that are produced in France.  How about a nice bottle of Robert Mondavi?”

Again, the group smirked at my classic act of I care about you people, but I actually don’t.  “Sounds fine.”

And like that, I was off to put in their order, and get a manager to get my the bottle of wine.  But I actually lied before.  I said that I don’t have a problem with foreigners, but that’s not entirely true.  Foreigners have the notorious reputation of not knowing the tipping procedures here in the United States.  And no matter how great my service is with this table, how much I make them laugh and change their attitude about Americans, my chances of being rewarded with a good gratuity are about as good as Lindsey Lohan making a comeback and winning an Oscar.

Anonymous said…
Cant wait to see the book. Great description of what you go through everyday and still have a sense of humor!! Your sister Paula
September 14, 2012 at 11:02 AM