Stronge' You stink therefore you are! 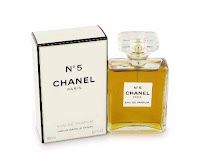 Dress for success.  First impressions are lasting impressions.  I understand all of that.  But keep this in mind when you are going out to eat; I should not be able to smell you, your perfume or cologne all the way from the other side of the restaurant.

I respect my elders, but I believe it's fair to say that the older you get, the less you can smell.  Especially if you are dousing yourself in Chanel no. 5.  Please ladies, even if your sniffer is out of order, at least count the number of spritzes you depress upon yourself.  It will not only save you money, but save the people around you and the people in the surrounding counties as well.

And for the guys.  The pimps, the players, but mainly... the Persians.  (This is not racist.  I have Persian friends so I am allowed to say this.)  My buddy Lou told me that he asked a Persian why they wear so much cologne.  They said, "My friend, it's because Persian men like to stand out."  Not only do you stand out in a restaurant, but even the garlic cloves have to pinch their noses and run out the door.

But like I said, it's not just Persian men, it's other meatheads as well.  I can only imagine how much cologne some guys must go through in a single week.  Like the old saying goes, a lot goes a long way.  But by the standards of these men, that way is not that long.  (Which reminds me, I need to buy stock in Drakkar Noir.)

And this brings me to the people who don't need to wear any kind of perfume at all.  They wear "Ode de Anus."  They simply smell bad.  The only time I can stand these people is if they are sitting next to the people mentioned above.  They cancel each other out.  In short, take a quick whiff before you depart your dwelling for your night out.  Some people have stunk me out so badly that my contacts have melted.  And if you don't have the money to cover your stench, do what my friend T.K. does in his joke, "I don't wear cologne.  I just drive through Glendale with my windows down."