My parents neglected me as a customer. 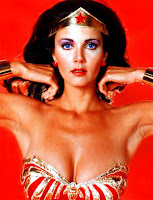 There aren't too many places you can go in the world, where you are constantly stroked, hand-held, and paid attention too as you are when you are sitting as a customer in a restaurant, and your server is taking care of you. For that amount of time, your server treats you as if you are their only child. Whatever you want, it's brought to you. If you don't like something, they will get you something you like. And even in some instances, if you don't like your server, a new one will be brought to you and you can start anew with that one. It's like a perfect little customer universe that was created with one thing in mind... to please the customer. You are basically allowed to pick and choose the family you always wanted to have, at least for two and a half hours. But even then, it's still not enough!

I remember this one unforgettable Saturday night, (believe, it's not like I haven't tried to forget it.) It was a table of three ladies. They were going to go to an "80's" party afterwards so they were dressed the part. I thought they were dressed like "Wonder Woman." They corrected me and said they were dressed like "Madonna." But apparently we all were wrong, because my manager said that they were "Cougars." (Tres Bien, Freddy!) They were having a great time. Taking pictures, getting the attention of other customer's, drinking! Then, the woman sitting in the middle stops me and asks,

"I wanted to ask you a question?" Next thing I know, the other two women stop her and say that everything is fine, and that I am doing a great job. Now, unfortunately I can't let this go. But finally she says, "oh, never mind."

"No, please. Now I have to know what your question is?" I pleaded.

"Okay." She says. "Are you neglecting us? I see you going around to other tables, but I kind of feel neglected."

But like I've said in the past, I will anticipate my guests needs. So I said, "I wouldn't do that, but since you've asked, I'm going to neglect you now."

"Bitter, party of one? Your table is ready."