a la Jerry Seinfeld, "Who are these people?" 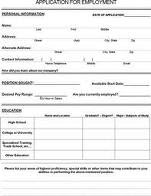 I talk a lot about the annoying things that I have encountered with customers throughout my illustrious service career. People with allergies. Splitting checks. The tale of the tip. So, I think it would only be fair to spend a little time talking about the other side of the coin; People who work in the service industry.

I try not to judge other people in the industry. After all, to some, I'm just as whacky and bitter as the rest of them. But sometimes, I can't help but wonder how some people got hired to work in the service industry, when the main focus of the job, is SERVICE oriented.

This one place I used to work, this girl from the Eastern block of the world was hired as a hostess, the first line of defense in a restaurant, but the girl doesn't use English as her first or even secondary form of language. One of the most amusing things I saw this girl do one night was when she sat a party of four, and it turned out that it was only going to be a party of three. The hostess, in her thick-Slovak accent, confronted to guest about only having three people show up when it was supposed to be four. "The reservation says four people, and you are only three! What happen to the other?" Confrontation is usually never a good idea for anybody in a restaurant, especially the guests. Now that I think about it, maybe the hostess had a friend standing by in the wings who could join the table for situations like this one. But I will say this for her, she liked to have things numerically correct.

Most recently I ordered a Turkey Burger, and a bunch of other food from a restaurant to be delivered to my house. The girl on the phone asked me, "How do you want your Turkey Burger?"

"I want it delivered with the rest of the food."

"No." She scolded. "How do you want your Turkey Burger cooked? Medium? Medium-well?"

This is why it's always important that you know your product before you sell it. Especially with something like, say, poultry?

"Oh... medium. I like my Turkey Burger with just a touch of Salmonella. And instead of fries, I'd like a side of E. coli."

"Bitter, party of one? Your table is ready."