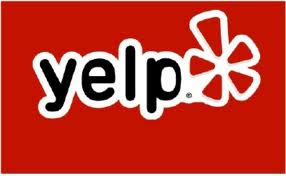 What better way to get through the work week than to pick on the people who's parents truly should have considered contraceptives before having sex, the people who write negative reviews on Yelp.com.

As always, I have found someone who embodies the spirit of "douchebaggery."  Who alone, stands to make a mark on the world because he is THAT important.  (And by mark, I mean skid mark.)

Scott B., from Beverly Hills, CA makes the list.  His review is short, direct, and abrupt, because he's "got places to go people!"  Here's what Scott had to say about one restaurant in Los Angeles:

"If I ever indeed got serviced within the time frame I had to eat, I might chance the food again!"  Since Scott is obviously an alien, he is only allowed to eat between certain portals of time everyday.  If that portal closes, he's screwed!  I felt bad for Scott's next appointment.

Scott, on behalf of planet Earth, I would like to say, YOU ARE NOT IMPORTANT!!!  If you are that much in a hurry, go to Taco Bell.  That is why Taco Bell was created by the universe, for people like you.  "TACO BELL--When you're in a hurry for the food to go in, and out."

Scott B., from Beverly Hills, CA, YOU GOT YELPED!!!