A plus B equals a Restaurant Job 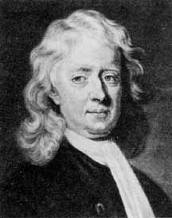 I've noticed a new trend in the restaurant world, for the application process, a lot of places are concentrating on personality traits rather than actual skill and experience.  Don't get me wrong, I've gone through many, many interviews for restaurant jobs.  And I understand the need to not hire anyone who could possibly be psychotic.  I've worked with a few psychos throughout my career, and believe me, psychos aren't pretty.  But to even make it through the first phase of hiring you'll need a resume, a headshot (LA thing,) and also have competent skills in Algebra.

Since when does the question "If Train A leaves the station at 10:45pm traveling at 55mph, and Train B is half an hour late behind it's scheduled time, when will these two trains collide?," have anything to do with the question, "would you like to hear about tonight's specials?"

It seems like those that paid attention in high school Algebra are going to have the upper hand from now on in the service industry.  Which means that there will be an influx of servers attending night school to brush up on their math skills just so they can find a job waiting tables.  Thanks a lot corporations, you have made getting a job that we hate, even harder.

So I recommend the following:  On your next interview, bring your resume, your headshot, and your smartphone.  You never know if you are going to need your scientific calculator app, or if you need to Google some equation made up by Sir Isaac Newton.