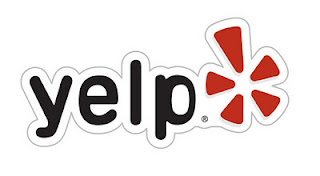 It's time again for one of my favorite blogs to write, the "You Got Yelped" edition of The Bitter Bistro.  And for those of you who don't know, apparently "Yelp" is being sued by businesses for some for some of the slanderous statements that many of the customers have been writing.  The businesses are stating that they have dramatically lost business because of the bad things that people have been writing about them on "Yelp."  Now, I am not saying that businesses should be allowed to operate and treat customers poorly, BUT, some people feel the need to take out their daily frustrations about their pathetic lives through the reviews they write.  And they are not even writing reviews!  They are writing dissertations about each item of food they had to eat at a restaurant and everything in-between.  Too much power has been given to the customers.  And I have become keenly aware that the customers have lost their fricking minds!

With that being said, let me introduce you all to Gene B from Los Angeles, CA.  Gene decided to go the romantic route and take his wife out to a restaurant on Valentine's Day.  On Valentine's Day, restaurants could care less about romance.  They are concerned about their bottom line, and how many bottoms they can seat to fill that line.  Here is what Gene had to say about his experience:

Made a reservation for Valentine's Day, 7PM. Called to say running 20 min late. Said OK but after 20 min, will be on wait list as they were 'booked solid', got there exactly at 20 min past, sat us in a totally empty restaurant! (Really Gene!  Jack In The Box is even filled to capacity on V-Day.)

Asked for a booth, said booked. Much turnover in booths but we were barred from them I guess. In main dining room which was 40% unoccupied the entire evening, one of the 2 'private rooms' was empty the whole eve!  (Gene apparently works with the Census Bureau.) Really, offensive, trying to make us think it's a hot spot, it's not.  (There's no fooling Gene on this one.)
Service could not have been more nonexistent, waiter had no personality, had no clue how to be a waiter.  (Servers are now expected to throw some sort of Cabaret Show for customer's like Gene.) We saw the matre'd more than our waiter. Food is exceptional (exceptionally mediocre) for these prices. Place is beautiful, Service is lacking, food is mediocre. High prices and really pretentious and they aren't living up to the standards.  Also, gave my wife literally a wilted rose!  (First of all, I'm surprised that Gene is married or that a woman was desperate enough to marry him.  Second, it appears that Gene didn't buy his wife flowers himself, so he is upset that somebody also failed at doing his job.)

Just a joke of a concept. Place is lacking as well, just not 'there'. LA has way too many greater choices for this money. Booked Solid and I guess they all realized what a bad experience they might have had and all went somewhere else.  (Gene, this last statement literally makes no sense at all.)


I think Gene missed the point of Valentine's Day all together.  And if you are going to write a review that is that long Gene, learn some sentence structure and proof read for Pete's sake!  And if you look at Gene's profile on Yelp, you will see that he drives a Jaguar and is extremely proud of that.  That means that Gene is extremely proud of being a douche-bag.  I'm sure after Gene's horrible experience was over, he went home with his wife, locked her back up in the closet, and sat in the corner repeating the phrase to himself, "The waiter had no personality, had no clue how to be a server!"